ApeCoin Staking Guide: Everything You Need To Know

What Is The Bored Ape Yacht Club NFT

The BAYC NFT is a 10,000 generative art collection. Wylie Aronow and Greg Solano are the early founders of Yuga Labs and BAYC and launched this collection without knowing how impactful this venture would become! Like numerous other projects in the NFT space, Bored Ape Yacht Club required significant time and effort. The crypto Twitter community inspired the inception of Bored Ape Yacht Club, but as culture junkies, they sought inspiriting in the underground clubs from the 60s and 70s as well as art on bathroom walls in bars. BAYC is an example of generative art, which is the process of using a computer program to create new variations algorithmically to create large collections. To produce variations, creators make a template and mix and match specific traits. It is typical for an NFT pfp to be ranked based on their rarity, so some traits appear far less often than others, and that would make it more valuable. A bored ape with a rare trait or a combination of traits tends to be worth more money.

On April 23, 2021, Yuga Labs launched the BAYC mint. The final sale was set for May 1, with an initial floor price of 0.08 ETH (about USD 240). Just a few months later, in August, the floor broke at 44 ETH (about $137,000 USD). With one of the strongest communities in web3, Yuga Labs is at the forefront of the NFT revolution and is poised to continue its dominance in the years to come.

The BAYC utility: What does BAYC have to offer the community?

Intellectual Property Rights: Bored Ape Yacht Club owners have intellectual property rights over their NFTs. This means that if you are a BAYC holder then you can use the NFT to create a separate brand. This unique idea allowed BAYC holders to use their NFTs as derivative brands.

Real-life events: Entry to ApeFest which is among the biggest NFT events of the year, and this year it is taking place at Pier 17 by South Street Seaport in New York City.

MAYC was created by Yuga labs and is made up of zombified forms of Bored Apes. Mutant serums were airdropped to holders of the 10,000 BAYC NFTs, who created Mutant Apes with characteristics reminiscent of the original form or uncommon qualities.

Yuga Labs produced 9,602 cartoon dog NFTs as part of its Bored Ape Yacht Club. Bored Ape Kennel Club NFT is available for every member of the BAYC – for free (you only pay gas). Any profit from secondary sales are now donated to charity.

It is a metaverse game world combining many NFT projects such as the Apes, CryptoPunks, Meebits, and Cool Cats. Animoca Brands and Yoga Labs, creators of Bored Ape, are developing the experience.

BAYC, Yuga Labs has announced that it will give full commercial IP rights to Crypto Punks and Meebit holders. This move will undoubtedly increase the value of both Crypto Punks and Meebit and cement BAYC’s position as a significant player in the NFT space. The news has shocked the NFT community, as BAYC is now valued at over 4 Billion + and has only been around for a year. The team behind BAYC has been dropping hints of some big news recently, but no one could have predicted this. We can only wait to see what they do next.

Larva Labs launched the idea of a CryptoPunk back in 2017, with 10,000 unique pixel art images were released. Quickly, a community grew around them, representing one of the first NFT projects on the Ethereum blockchain. In March, Yuga Labs acquired CryptoPunks, which was smart considering they are one of the most successful projects with the highest sale for one at 23 million. The move will undoubtedly boost the value of both Crypto Punks and Meebit, and make BAYC a bigger player in web3.

There are 20,000 Meebits, which are generated by a custom generative algorithm on the Ethereum blockchain. When Yuga Labs purchased Meebits, their first step was to grant holders of Meebits the same commercial property rights as holders of the Bored Ape Yacht Club. This license lets anyone who has held the NFT use the images contained access to commercial rights.

With the launch of ApeCoin, Yuga Labs is taking another step towards its goal of becoming the go-to platform for web3 innovation. ApeCoin is a token for culture, gaming, and commerce to empower a decentralized community building at the forefront of web3. By aligning incentives and giving users skin in the game, they can build a community that is both strong and agile enough to take on the challenges of building a new internet. The response from the community has been overwhelmingly positive, with over $1 million worth of ApeCoins already sold in the presale.

According to Twitter, the airdrop claim consisting of 15% of the total supply of ApeCoin will be made available to @BoredApeYC NFT holders, and 8% will go to the founders of BAYC. In comparison, 47% will be released over time as part of DAO’s ecosystem fund.

With its new acquisitions, Bored Ape is positioned to become a significant player in digital collectibles. We believe this move feels like Disney owning Marvel and DC. Yuga Labs now owns 4 of the strongest NFT collections in the industry. Both platforms will continue to operate independently, but Bored Ape plans to integrate them into its existing games and products. This will give Bored Ape NFT community users access to a larger pool of collectibles and make it easier for newcomers to get involved with digital collecting.

Andy Nguyen opened Bored And Hungry, an NFT themed restaurant in Long Beach, California. After acquiring almost $400,000 worth of BAYC NFTs, he decided that they would be perfect for giving this new business image for a burger joint. The restaurant was originally a pop up shop but has been such a hit that they’ve had to move in permanently.

Bored Coffee Lab is uniting Web3 and high-quality coffee. BAYC holders can actually license their Bored Apes to the brand and have specialty coffee created with their apes as the artwork for the coffee.

Thousands of BAYC holders have the ability to license out their ape NFTs but there is no manual on how to license them out. In steps Bored Jobs, acting as a middleman between NFT owners, NFT brands looking to license the NFT, and NFT creators.

Celebrities Who Own BAYC NFT

As the most successful NFT collection in the world, Ape Yacht Club has gained significant mainstream attention. Over $2 billion worth of trading volume has already been generated.

Serena Williams is one of the most successful athletes in history and is now an avid NFT collector. She’s the owner of ape #5797.

It’s no secret that Eminem is among the most successful rappers in history. Today, the rapper spent $425k on Ape #9055.

Justin Bieber spent $1.3 Million on Bored Ape NFT # 3001 – Bieber owns one of the most expensive NFTs in the collection. 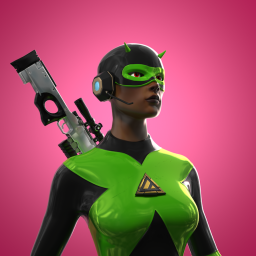 Lourdes is an International creative strategist & content creator. She has curated content for the fashion, travel & hospitality industry for over 12 years.